I made a card for my boss's retirement.  I thought he had enough frog themed stuff so I decided to do something a little different.  He is moving to Long Island so I thought a nautical theme was a good choice. 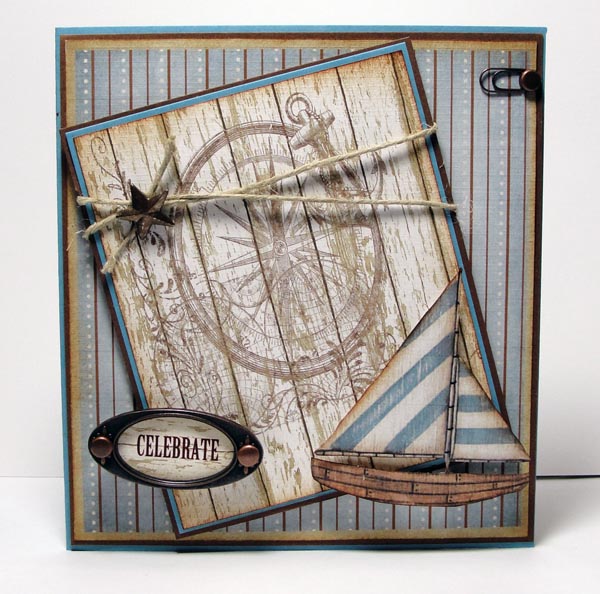 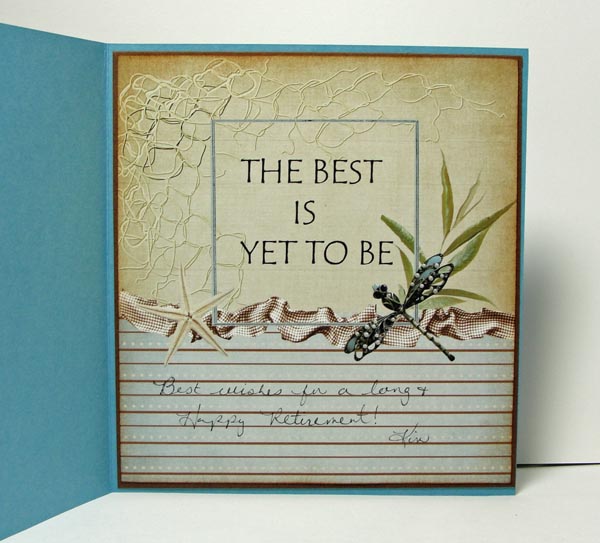 Three posts in one week, can you believe it?

This blog has turned into such an eclectic mix since I started about 4 years ago.  One day it is a card the next a dresser.  Hopefully I have something for everyone and at the very least you don't get bored!

I have had this little dresser hidden in my closet for years.  I think I have had it since I was small.  My dad probably got it at a junk yard which was one of his favorite places to hang.  He was waaaay ahead of his time.  I am sure they could have created an entire series on HGTV around him.

I wanted to use it as a nightstand for beside my bed but once it came out into the light I realized it needed a lot of work.  I wanted a rustic look so I put on my rubber gloves and got started. 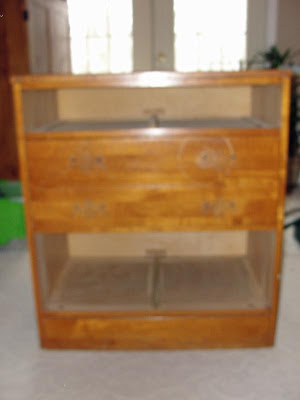 This is a bad pic but you can see that it isn't in very good shape. 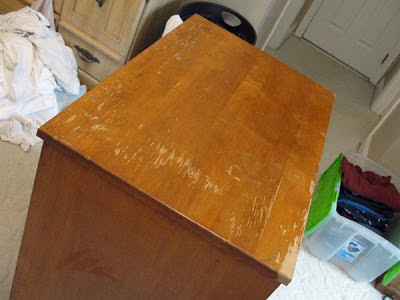 It is a pretty solid piece of furniture despite the beat up outside appearance but one side had to be repaired as the pieces were coming apart. My husband added some wood glue and fixed that right up. 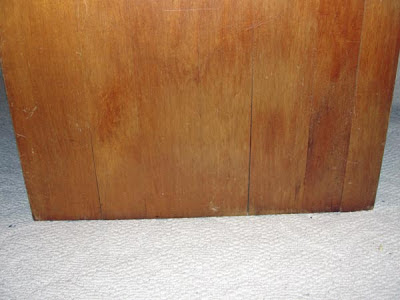 I initially started the stripping process on the drawers using SmartStrip which I had leftover from a previous project.  I like this product and it worked pretty well for me but I had to use a lot and leave it on a long time to get a good result.

Mid way through I found a blog post about another product from Rockler and thought I would give it a try. It is called Soy Gel and it was recommended that I also use a degreaser with it. 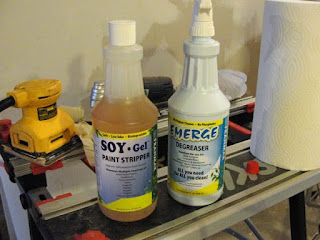 I really like this product too but it had a couple advantages over the Smartstrip.  It worked  just about the same as the Smartstrip in removing the stain but I used a whole lot less of this so it is way more economical. It was also so much, much faster.  This is what it looked like on the dresser. 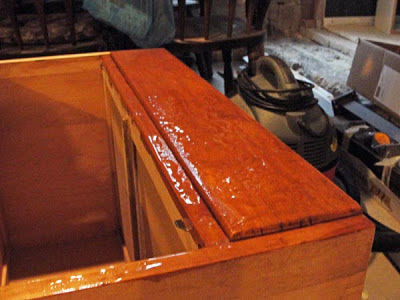 I found a great tutorial on using it but now I can't find it. I swear I pinned it but I have no idea where it went.  Hate when that happens! The best advice from the blog was NOT to let it stay on the wood too long. I left it for about thirty minutes then scraped it off.   I also found that the degreaser was an enormous help in removing the goo.  I used only one application and this is what it looked like after the degreaser. 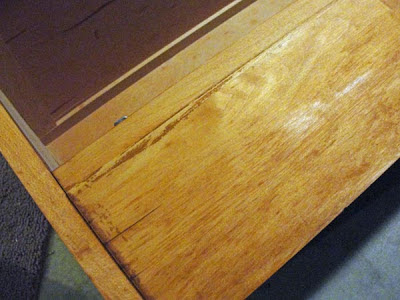 After letting it dry, I sanded down to bare wood. 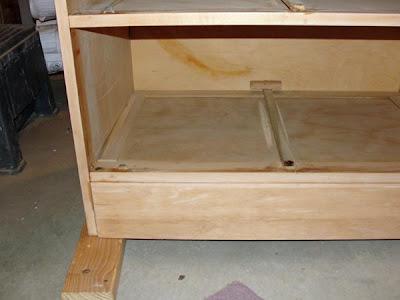 I used one coat of MINWAX DARK WALNUT STAIN. I applied it and immediately wiped it off, I didn't let it set for any length of time. 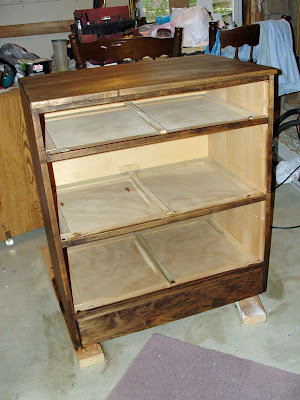 This is a before and after of a couple of the drawers. Really love how that stain looks. 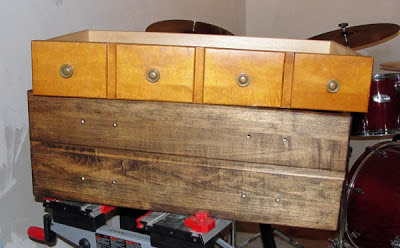 The entire thing got two coats of Fiddes Rugger Brown wax.  The top got one extra coat of Fiddes clear. Finally, it got all new hardware from Lowes. 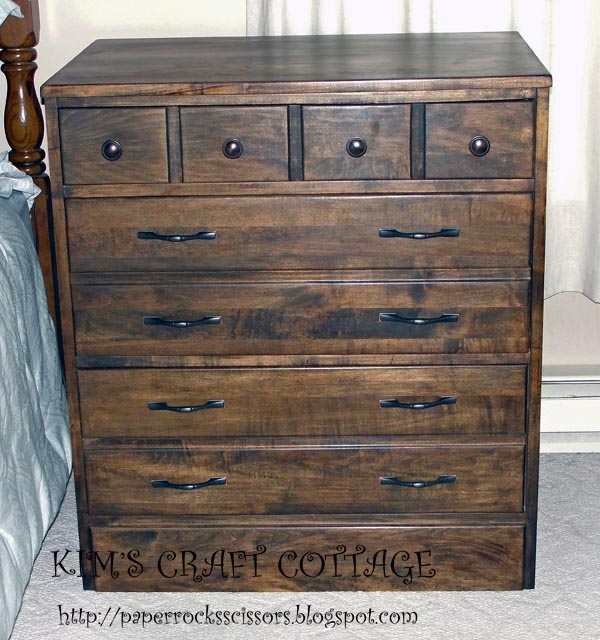 I'm not gonna lie, this was a loooong process (mostly because of my schedule) that took a quit a bit of work.  I started it at Christmas time and just finished it about a month ago.  It was totally worth it though because the quality of the piece is so much better than what is available at most furniture stores. Now I just need to find something for my husbands side...

Have a great day!
Linky Parties

Happy Mother's Day in advance if I don't get a post up on Sunday.  I think nearly all of us have either made or received hand made crafts for Mother's Day. I know I have a box full of gifts from my kids that I love to go through on occasion and I still love the ones they make the most. You still have time to make something for mom and I have the perfect set.  A cute little birdhouse gift box and card.  The box is a perfect size for a box of chocolates or a small set of body wash/lotion.  I have a tutorial up at THE DIGI CHICK  if you want to check it out. 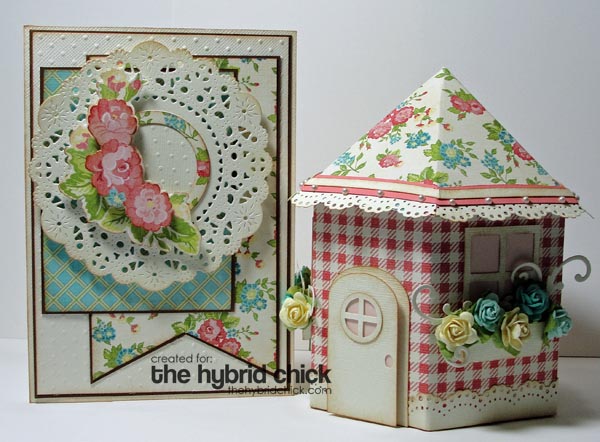